We headed down to St.George for the weekend for my niece Jadi's baptism. I can't believe that she is already old enough to get baptized. Right after she was baptized Madden yelled I do it! It hard explaining to a 2 year old that he has a few more years til his turn. It was an awesome day. It was also so nice to hang out with family and the boys were in heaven all weekend long. I miss both my sisters so I love when I get to visit with them. 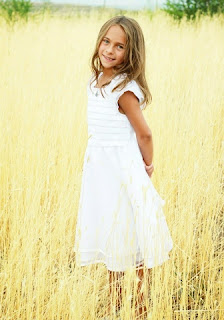 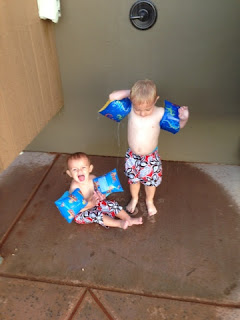 The boys love playing in the pool shower more than the pool. Which is funny because they both hate taking showers. 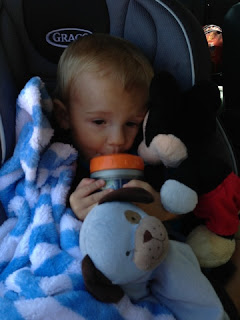 Nash and a few of his favorite things. 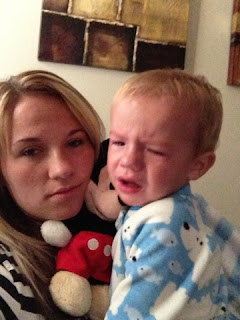 Poor guy wasn't feeling so great. Karson didn't come down til Saturday and sent me a picture of himself at the BYU game. I sent him this one asking if he was jealous. 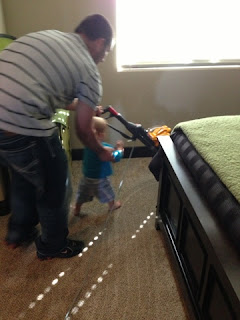 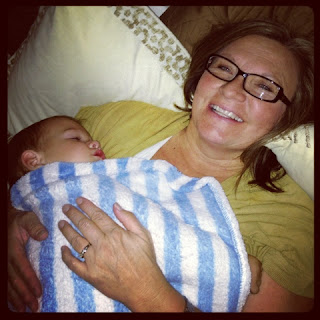 Like I said Nash wasn't feeling good and conked out on my moms lap. 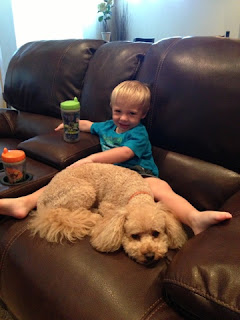 Madden with his pal Harley. 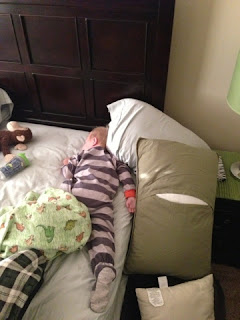 Madden decided this trip he was too big for his pack n play. He wanted to sleep in the big bed with me and Kars. He is the most annoying person to sleep with. He is all over the bed and sleep talks non stop. I had to catch him from falling off the side a few times. I just kept telling myself in a few years he will be too cool to snuggle with me. 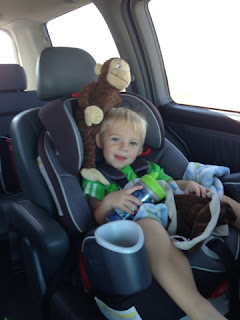