We went and celebrated Mona Day. It actually happened to be on Maddens birthday which he thought was pretty awesome! He thought it was a huge party for him. They spent the day playing on the big blow up slides, getting their face painted, and eating lots of snow cones. Nash went around growling and everyone all day. They had a foot race and Madden was the big winner and won two coins. It was hilarious because he skipped for half of it. The night ended in fireworks. If you have never seen Mona fireworks they are awesome! Madden was so excited to have fireworks on his birthday! We love the small town tradition! 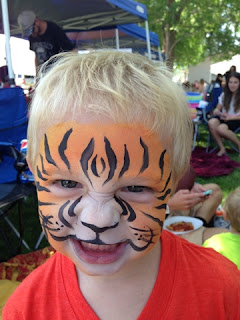 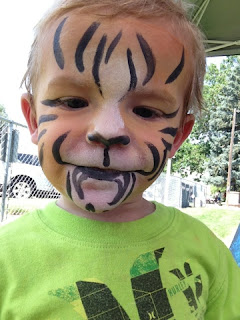 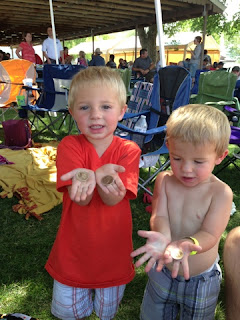 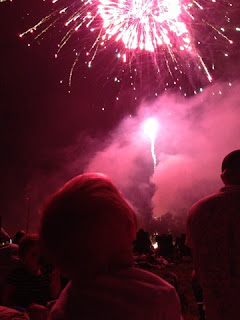