a weekend get away!

this last weekend my family went down to st.george for a little get away! we celebrated my brother in laws birthday and went to visit my sister nikki who lives down there. the boys went four wheeling on saturday why the girls shopped. it was a blast. it rained but it was still pretty warm! it was nice just to relax and be with the family! thanks mom and dad! 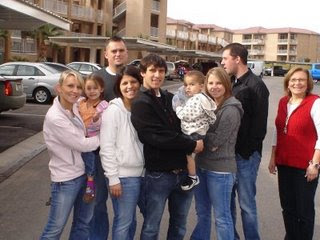 the whole crew (minus my dad who was taking the picture and jake and wendy.) 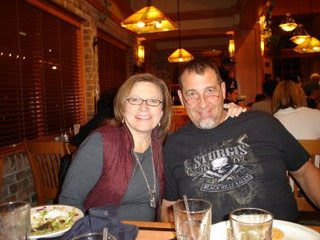 my cute mom and dad 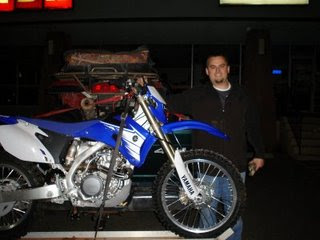 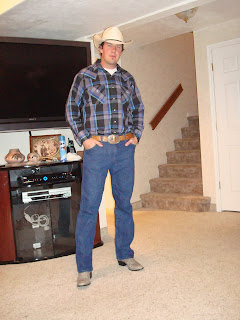 2. What dressing does he get on his salad? half ranch half thousand island dressing

3. What's one food he doesn't like? he hates black olives.
4. What does he say his first impression of you was? that i was sexy! no i think it was that i was a young spoiled brat from alpine. sad!
5. You go out to the bar. What does he order? he'd probably get an odouls to be funny cause he doesn't drink.
6. Where did he go to high school? juab high school. home of the wasp's
7. What size shoe does he wear? 11
8. If he was to collect anything what would it be? good question. . . he has a shot glass collection. weird i know!
9. What is his favorite type of sandwich? a PB & J
10. What would he eat every day if he could? he loves food so i don't think he would stick with one thing in particular.

11. What is his favorite cereal? cinnamon toast crunch
12. What would he never wear? tights
13. What is his favorite sports team? he is a dolphins fan even though he almost gave up on them this year.
14. Who will he vote for? mitt romney in 2012
15. Who is his best friend? i'd like to think i am but besides me it would be the one and only devin jones
16. How did he meet you? we met down at SUU at a little thing called meet your religious leader. he wanted me from the second he saw me ;)
17. What is something you do that he wishes you wouldn't do? im sure there is millions. i always am stretching out the tops of my shirts and it drives him crazy! also i can be a bit immature sometimes and i think im funny and apparently he doesnt!
18. How many states has he lived in? just one. utah. but he did live in greece and cyprus for two years
19. What is his heritage? danish and welsh
20. You bake him a cake for his birthday what would it be? cheesecake anyday! he doesnt like cake.
21. Did he play sports in high school? football. track. some basketball. some baseball.
22. What could he spend hours doing? watching football. playing football. talking football.

23 . What's something cool about him? once he got a piece of licorise and stuck in down his nose and it came out his mouth! thats pretty cool if you ask me!
i have an awesome husband! he is awesome and im so grateful he puts up with me! (i'm sure you will be hearing more about him in the next couple of weeks cause someone has a birthday coming up!!!)

i dont want to call them new years resolutions because if i look at it that way i'd never accomplish them! there has just been a few things i have wanted to do and i figured i better write them down so if i forget (which give it a few days!) i'll be able to look back and remind myself i need to do it!

take up yoga.
learn to cook real meals. well lets be honest, learn to cook a meal period.
make my first quilt
exercise 5 times a week
finish the extra bedroom in our house
learn to budget my time better
start school next fall
don't be so cranky
go outside my comfort zone to meet new people
go to the temple with kars once a month

well those are just a few things! i probably could go on and on but than i for sure wouldnt get anything accomplished!

this year was a great year for the both of us!

* i traveled to new york to bring in 08'
* i saw seattle for the first time with my good friend jillian
* kars finished his first year in his program
* i fell in love with being a dental assistant
* kars went on a cruise with his all his buddies
* kars realized he couldn't live without me!
* we went to disneyland for our first time together (surely not the last!)
* we got engaged
* learned that coolant is very important for your car
* attempted to learn how to cook
* got married in the temple
* went to maui on our honeymoon
* bought our first house
* spent many hours in the heat fixing up our house
* i got my first deer tag (sadly not my first deer)
* kars passed him limited test! wahoo!!!
* i got a new job
* moved to nephi
* learned how to pay bills
* learned how expensive a timing belt is in a passat
* went to the nfr in vegas
* learned that family is truly the most important people we have in our lives
*lived happily ever after! okay so thats what we are hoping for in 2009 and many years to come!