We got a winner down at the county fair!

Madden took first place in the Tractor Pull down at the county fair. They ride a 3-wheel trike and pull a little box of animals behind them. I was a little nervous because Madden isn't that great yet with the whole trike thing but he figured it out pretty darn fast. When we first got there he just sat on his bike and watched the other kids ride around. I figured that is what he would do during the race but he put his game face on and just took off. He was so cute to watch. I was beyond happy and excited for him. When you ask him what he did he tells us he rode his bike in a race. That he pull, pull, pull and got a prize! Love this little boy to pieces! 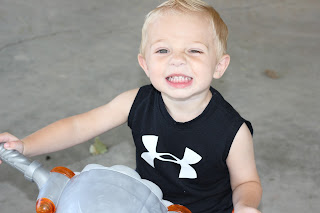 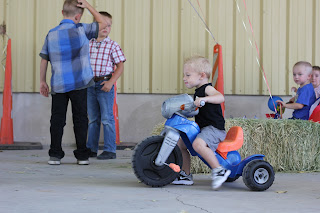 This is his game face. He is practicing before the race here! 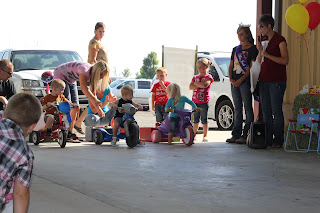 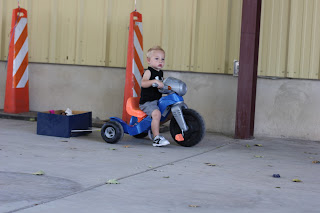 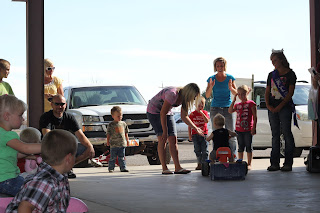 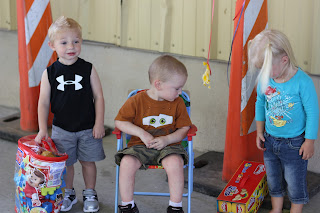 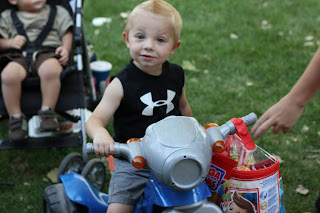 Posing on his bike with his prize! 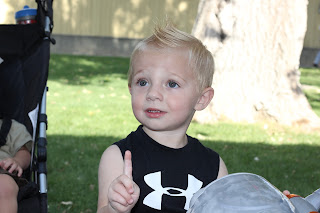 After we went and walked around looking at the animals. This boy loves loves animals so he was in his element! 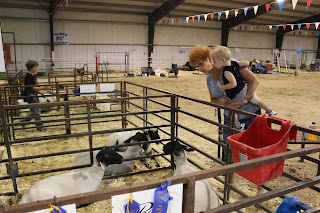 Gaga Red and Madden looking at the sheep. 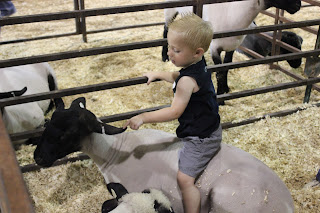 Madden keeps telling us that he wants to ride a sheep so our friend let Madden sit on one of theirs. So nice and he was so happy! 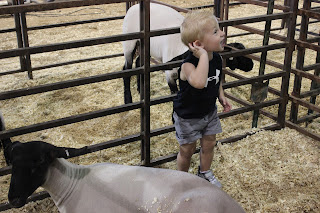 The animals kept making noises and he kept telling us he could hear them!

Love the County Fair. We are beyond excited for the demolition derby on Saturday!