We have another winner down at the county fair!!!

Nash took first place in the diaper derby! We have been practicing all week for it. When you say ready set go to Nash he takes of crawling! Well that was not the case when they first started. He just sat there. Luckily the other babies did too! Nash finally got the idea and crawled his way on down! He competed once to get into the finals and then won overall! My mother in law made him a sweet cape! It was pretty cute! So proud of my little super Nash! 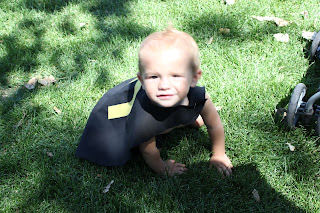 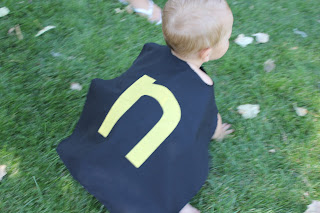 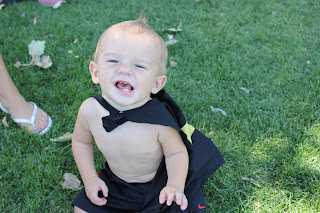 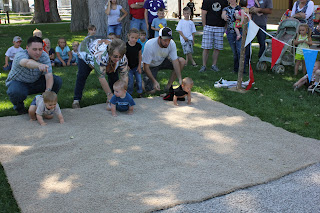 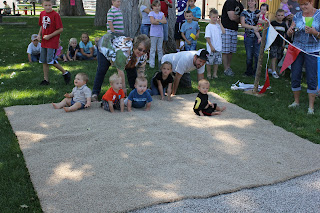 I guess Madden decided to jump in and show them how its done! 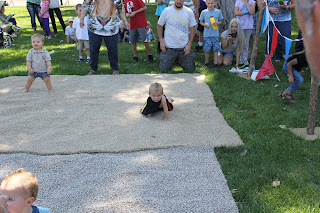 He finally got it! 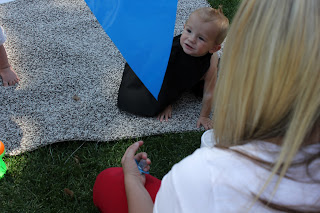 Touching the grass makes him the winner! 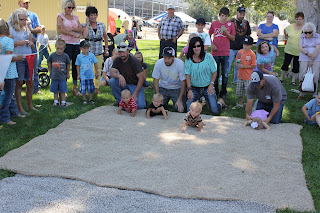 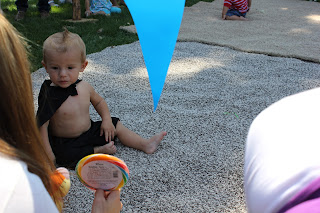 Was enticed by candy! 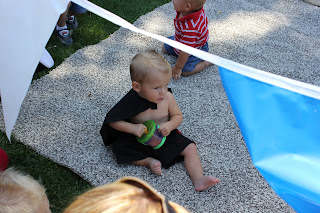 Gold fish won him over! 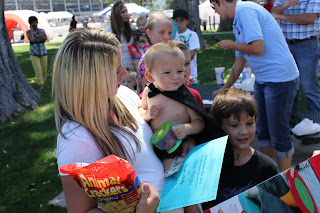 Posing with his prize. 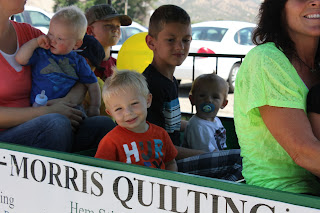 Of course we had to ride the train! 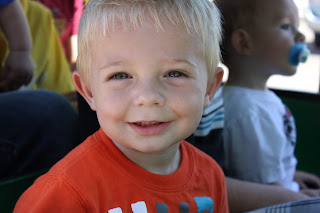